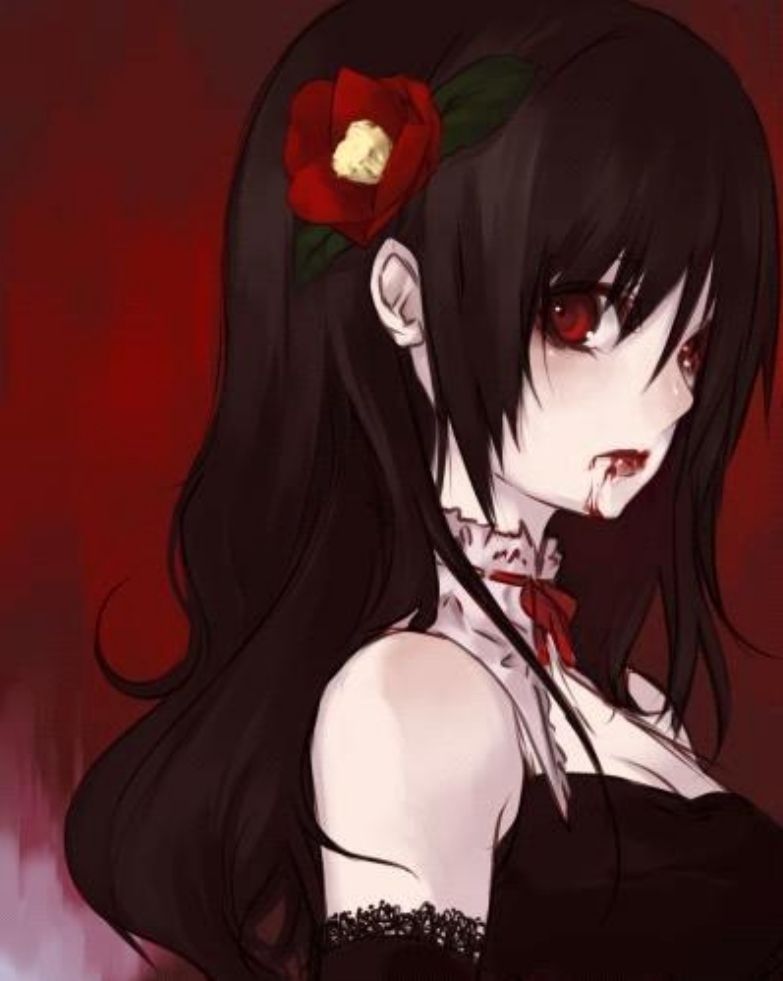 From the series, we all know and love Vampire Knight, comes all the events that have happened after Kaname was frozen in ice under the Cross Academy. One could say that Vampire Knight Memories is a much-needed continuation of the story that allows the Vampire Knight legacy to continue.

This story follows Ai and Rei Yuki’s children with Kaname and Zero. Ai and Rei live a peaceful life with their father Kaname who has no recollection of the past and is now a human. Trying to pick up the pieces of his past life Kaname searches for answers about the women who gave him her heart.

But, with so many bad things that have happened in the past. Ai and Rei would like for Kaname to live his life peacefully, rather than worry about the sacrifices that were made to make this peaceful future.

If you are a fan of Vampire Knight this series is similar in nature but with a twist.

Chiyo a human and Setsu a vampire were childhood lovers. From their love, Setsu creates a blood-contact with Chiyo so he can drink her blood for the rest of his life. Fast forward to present-day Chiyo completely loathes Setsu because her parents were killed by vampires. Chiyo lost all her compassion for vampires and aids her school in fighting against ramped blood-lusting vampires that harm humans. But, even with all the malice in Chiyo’s heart. Setsu refuses to lift the blood contact and free her because if he does he could potentially lose the women he loves.

With so much bad blood between the two, it raises the question, will their relationship ever go back to their childhood days?

Everyone has secrets. Yang-Seon and Eum Seok Gol knows that better than anyone else. Yet, when love blooms between the two they wonder if they can make it work.

Yang-Seon is a bookseller that has big dreams of moving to China for his dreams of reading and bringing them back to Korea. In his town, there lives a recluse that comes out only at night the Scholar Eum-Seok Gol. He has pale skin and a very beautiful face. He employs The bookseller Yang-Seon to find special books that are personal to him. As a reward Eum-Seok Gol allows Yang-Seon to browse his extensive library inside his home. Yang-Seon is over the moon about the sudden development and spends all night inside the library until he falls asleep. Eum-Seok Gol finds Yang-Seon in the Library fast asleep and from the sweet smell of Yang-Seon Eum-Seok finds out he is actually a she.

With so many secrets covering so many truths can this relationship even work?

So a question for my readers is, is it wrong to try to pick up girls at a funeral? The answer is no!

Ichika meets Aria for the first time at Ichika’s grandmother’s funeral. Aria is a very beautiful foreigner who is also an old friend of Ichika’s grandmother. During the meal after the funeral in the courtyard, Ichika makes eye contact with Aria and finds the love of her life. After a long day, Ichika is reminiscing about Aria and even though she is amazed by Aria’s beauty. She didn’t expect one: for her to move in, two: for her to be a vampire, and three: to be a lesbian.

In a world where vampires are as normal as everyone else but public opinion continues to be negative and damaging; comes a love story between two unlikely people.

New girl Mari just transferred to a new school and is currently hiding her identity as a vampire. She is reserved and shy and a good person to boot. On a train ride home one day after school, tired and ready to be home already, she falls asleep to only be awoken by her nibbling on someone’s neck. Lucky, or maybe unlucky, for her the person she bit was one of the most popular boys at school Jaemin Jung. And unfortunately, he won’t let it go.

Song of The Night Walkers

For those of us who love the night, this is for you. All of us remember our first time outside of the house when we were young. The energy just hits different! It’s exciting, enticing, and most of all makes you want to get into something you probably shouldn’t.

Yamori Kou is 14 years old and has finally made the decision to venture outside during the wee hours of the night. He meets a girl who in all respect is weird. She convinces Kou to come to her apartment for some night time therapy and ends up drinking his blood. Surprised but still coherent he wonders whether or not he too will become a vampire — not that he wouldn’t mind. However, the vampire girl, whose name we now know as Nanakusa Nazuna explains, the only way for him to become a vampire is for them to fall in love. Hearing this he finally finds his life purpose and that’s to be a vampire!

The modern-day vampire is totally different than what is in the stories. While the legends might have been true once long ago like, drinking blood, allergic to garlic, repelled by crosses, and so on. Sai Lee knows that none of that is true, being that she is a vampire herself, explains the only thing left of their vampire genealogy is the good looks and energy stealing.

Sai Lee is a model trying to make it big in the city. During her walk to her new apartment, she lays hands on a man whose energy is more than amazing its electric! Having to try him one more time she chases him out of the book store to only had stumbled and touched his lower half instead. The man quickly calls her a perverted stalker and walks away. Embarrassed she returns home to find her new neighbor is the man she touched and even worse he’s a germophobe. Which begs the question of how can she ever get close without physical touch?

Like many college students, the only jobs we (well I’m a former we) want are the ones that let us sit on our a#$ and do homework on the clock!

So for Yu Mano working as a librarian is a no-brainer. The library is run by beautiful vampires who unknowingly hired him, a human, and told all their secrets to him. When the head librarian Carbel finds out he is human he spares his life and forces him into servitude… forever. Mad about one, being bitten by Carvel, and two; being forever employed at a library, he bites Carvel. Thereby, unknowing creating a life long blood contact and sealing his own fate as a contractor to Carbel. Amid Mano’s continuous tragedy’s he also looks like an old lover of Carbel!

This has to be one of my favorite ecchi mangas this month. Who says vampires can’t fall in love with nuns. Not me for sure!

Sister Elena is a nun who works at a local monastery. There have been vampire murders all over town as of late, but that does not bring her spirit down one bit. Her strong devotion to the Lord brings her all the happiness she needs.

One night another nun forgot to lock the door to the chapel and when Elena goes to lock the door she greeted by the vampire Richter. Richter instantly grabs the fleeing Elena and bites her. His venom secretes out of his fangs and brings euphoric pleasure to Elena. However, Elena is strong and resists the pleasure and captures the interest of the handsome vampire. And, on a whim, he decides to take her along with him to journey to his home so he can have his way with her… forever.