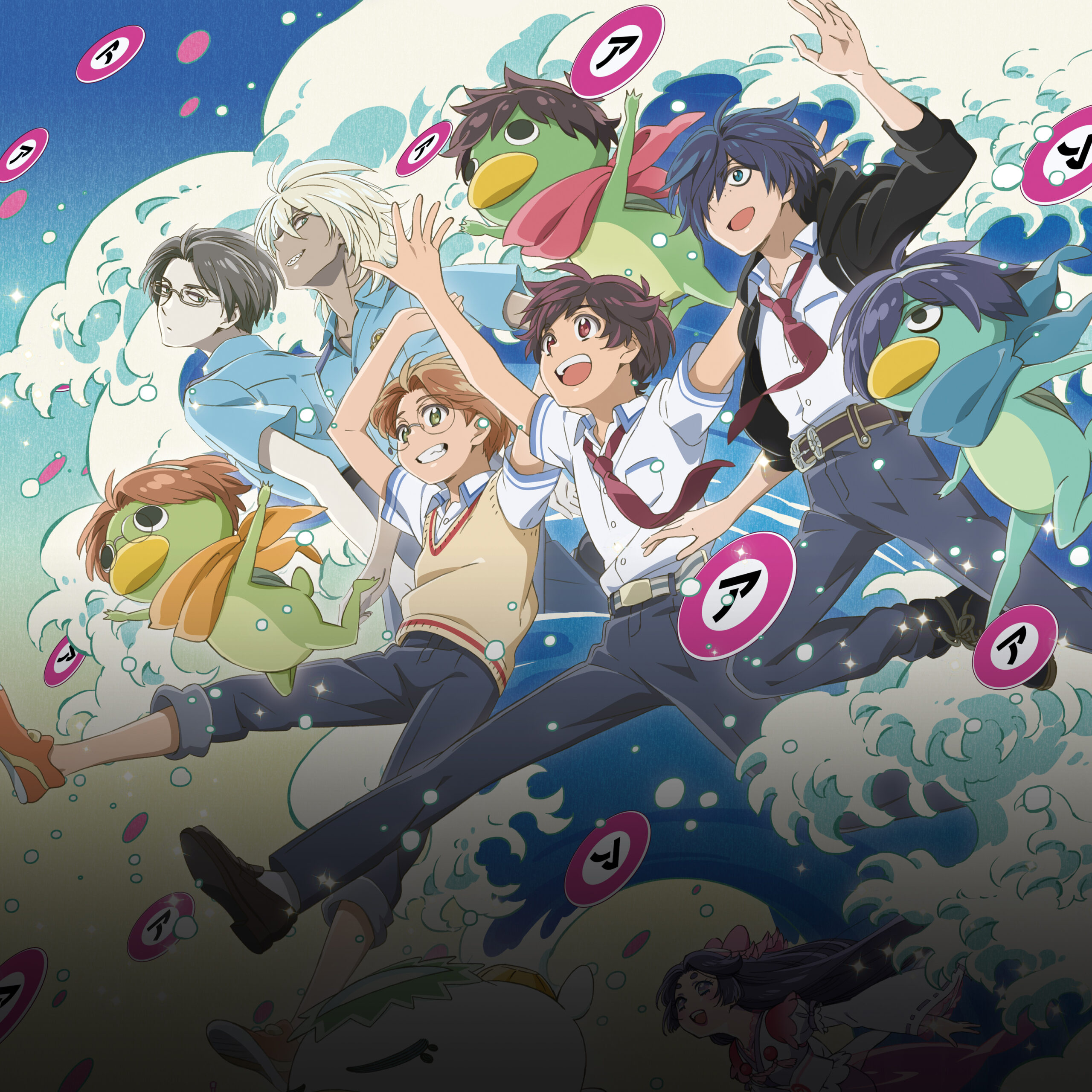 Our story follows three young boys Kazuki, Toi, and Enta who fight evil along side of Keppi, heir to the throne of the Kappa Kingdom. Carrying around a Kappazon box in Azumabashi, Kazuki, was thinking about how to share the lucky selfie of the day; with a person he wants to keep connected to. During that time we meet Toi, who on the other hand, is trying to break into a car in a warehouse full of Kappazon boxes.

Unexpectedly a women takes a selfie in front of the Kappazon boxes while Toi was breaking into a car. Toi chases the women down and ends up in the Kappa Plaza, where a large golden kappa statue stands. He calls over to a boy named Kazuki asking him did he see a women passing by. But, then notices that Kazuki was the women. In a squeamish between the boys the kappa statue breaks and they wake up at school. Henceforth, all three of their lives where never the same.

What Is A Kappa?

Some of our readers might be wondering what on earth is a kappa? Well in simple terms its a yokai (demon) that looks like a cross between a frog, duck, human and turtle. However, in the anime the Keppi looks like a white round ball of cuteness. While the boys look like cute green ducks with a turtle back.

Kazuki has a younger brother named Haruka who is paralyzed from the waist down. He pretends to be stand-offish and uncaring but, that can’t be further from the truth. He wants to keep his connection alive with Haruka by pretending to be a famous star named Sara.

Toi is a new transfer student with a dark past. After losing his parents young Toi followed his brother, a yakaza, into a life of crime. And yet, no matter how much his brother tries to distances himself from Toi, Toi continues to try and keep their connection alive.

Enta love playing soccer with Kazuki, his best friend, who just quit the game to focus on his little brother. Being that Enta is seriously in love with his best friend. And, will do anything for them to become the “Golden Dou” of soccer again; Enta tries to keep his connection with Kazuki no matter the cost.

The Desire To Connect

This anime does a wonderful job of displaying the relationship between a persons desires and the connections they strive to keep. The desire to connect to people is a one of the most basic human instincts. The connections made in the physical world is important in trying to fulfill ones desires. No human is immune to this phenomena.

When completing the Sarazanmai, a ritual that takes place after our heroes take the shirkodama (a mystic organ inside the anus of humans) out of a keppa zombie, therefore; defeating them. Kazuki, Enta, and Toi in turn have to connect, bearing their deepest darkest secrets to reach other, in the process to deliver the shirkodama to Keppi the prince to the Kappa Kingdom.

By bearing their souls to each other they let their connections grow stronger; which in turned help them fight the despair when it arises.

Themes In The Show

When the boys defeat their first Kappa Zombie they get a Golden Dish of Hope. The dishes of hope can grant any wish a person desires. Enta ends up testing this idea by wishing for a year of cucumber rolls. However, after defeating another zombie they get a Sliver Dish of Hope. It takes five Sliver Dishes of Hope to gain one Gold Dish of Hope. After figuring this out Kazuki, Enta, Toi now try to collect the dishes together in order to fulfill their desires.

As the show continues on we meet the otters. They spread despair from desire in order for humans to give up on their connections in the world so that they may perish from existence. In the the last great fight between the otters and kappa kingdom, Keppi split his shirkodama in half to escape the despair that threaten to swallow him whole. Dark Keppi was Keppi’s other half; and in order to deafet the otters once an for all, he needed to fuse himself together for one last fight. Being that Dark Keppi was strong our young heros needed to help in order to save their connections with each other before they were totally destroyed.

Being that the same part of Keppi was a good person and a bad person in the show it appears hope and despair lives within all of us simultaneously.

Love is something that one give freely while desire is the feeling of wanting to obtain something for oneself. Our heros had desires but where also capable of love. The kappa zombie on the other hand is an evil being of desire because their desires are self driven without regards to others.

The love that grew between our three friends was what kept them from falling into despair and succumbing to negative desires.

If you do not have a subscription to watch here an amazon link to Sarazanmai. This is an affiliate link this is no added cost to you it only helps me to keep doing what I love!

One thought on “No Butts Needed To Watch Sarazanmai?”