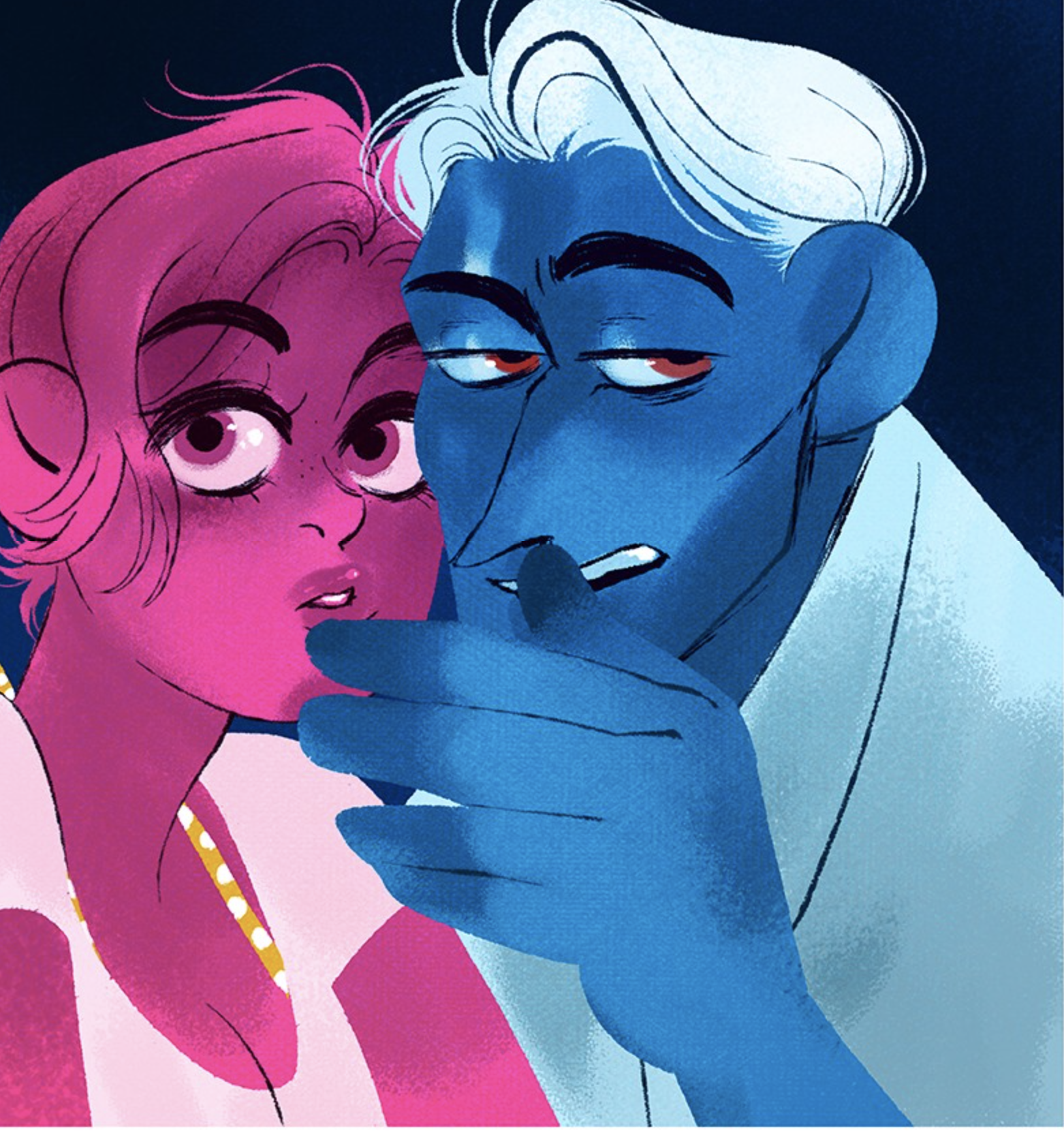 BUT — who in their right mind will just stop at someone just telling them yes! Furthermore; there’s so much that needs to be said on why Lore Olympus is one of the best romance webtoons on Webtoon.

Normally when one thinks about the tale of Persephone and Hades; you probably automatically think about, some old dude that snatches up a PYT goddess and tricks her into marrying him. Well, I’m glad to say it’s time to put your preconceived notions into the rubbish bin where you got them; because there’s a newer, sexier, and dangerously addicting story at play here beyond what you have been told.

Persephone, a small-town girl, finally makes it to the big city of gods; Mt. Olympus. She’s shy, smart, quirky yet edger to experience life as a young adult. On her first night around town she and her friend, Artemis, decides to attend a black-tie event full of Olympians.

Hades has been having some trouble of his own. His companion ditches him, he has no date the party, yet being a king he must attend. However, little does he know fate has a funny way of making the worst situation the best situation. Amidst entertaining his brothers Poseidon and Zeus with small talk, Hades sees what must be the most beautiful woman he’s ever laid eyes on. Heart thumping and heat rising, the urge to speak to her grows exponentially. Immediately he asks his brother Zeus, who is she? And, he replied back Persephone, goddess of spring.

Here I will list out all of the Lore Olympus characters along with very short description of their personalities and who they are.

From the jump, Persephone is not in total control of her life. Her mother, Demeter, is a helicopter parent that is totally convinced her daughter is not ready for the world. Persephone goes to the city to attend university, which is the excuse she gives her mother, but in reality, it’s to obtain freedom away from her mother. One of the many conditions she has to follow in order to continue her college experience is that she must join the TGOEM (Goddesses of Eternal Maidenhood). Meaning she must be a sacred virgin….forever!

Two major problems arise, within seconds of each other, one being that Persephone is in love with Hades. And two, she lost her virginity. Now, I’m not the sharpest tool in the box but one of these (if not both) might be a problem.

Each character does have a story of their own with their own conflicts. However, the author does a great job at tying it into Persephone’s life and making it something she has to deal with too. And, as much as I would love to go through each problem and conflict in the story. That would make this blog post into something its not, the actual story.

Let me start off by saying the artwork is so amazing, so spectacular it takes my breath away. I love it, to say the least. Literally, I feel like the artwork is like living art. You can hang this in your home and it will feel like it was meant to be there.

I think the artist uses watercolors within the webtoon and I am a huge fan of watercolor FYI (ever since I took a college course in watercolors). I find the drawing and the watercolor ascetic to make great flow and movement when scrolling making the story feel even more alive and moving.

Something To Fill The Void

Making our way to the end of this post I know some of you might have already caught up with the story and are wondering is there anything to fill the void. Honestly, this story is so unique but if I had to recommend a story it would be another webtoon named, Punderworld. It’s a great love story between Persephone and Hades and the writer is also trying to make their own twist on this too.

Thank you all for reading to the end make sure to check out the story here.